Wind turbines - physics should be consulted: Germany has 32,000 plus wind turbines in operation.
These produce 173 TWh of electricity. With a maximum efficiency of 49%, the wind turbines

The statistics showed already years ago a reduction of the average wind speed in Germany in the
letzen 20 years of 13% by the building of wind turbines. According to the University of Osnabrück,

this corresponds to an energy extraction of 35%! (Info: Uni Osnabrück records the data since
1960.stable, seasonally comparable wind speeds are until the end of the 90's, after that and

especially from the middle of the first decade of the new millennium the serious losses over
Germany become obvious !) Additional ugly side effect of wind turbines: directly measurable

drying of soils and dying of trees due to lack of moisture on the lee side of the wind turbines.
(perfect for the proliferation of bark beetles, etc.).

All known and proven for years. This has been presented in federal parliament hearings years ago!
In the USA even 2.5 times as much wind energy is produced as in Germany. (380 TWh at an

average of 43-46% effectiveness of the wind turbines installed in the states corresponds to approx.
800 TWh energy withdrawal!) This even corresponds to almost 2.5 EJ "withdrawal" (Nine Exo

Joules of energy!) This also dramatically reduces the air currents from the equator away to the

North Pole, which causes a further lowering of the Jetstrem to southern latitudes. This is all

The lowering of the jet stream - away from the pole, toward the equator - in turn causes thinning of
the air layers over the North Pole, resulting in less reflection and thus warming of the region.

Result: polar cap of the Arctic is melting. In addition, as a result, we have a dramatic slowing of the
jet stream in the direction of Earth's rotation, and thus the altered weather patterns. This is all

physics and all proven.

There are also geographical limitations to their use: wind turbines cannot be used in the Arctic
(gearboxes freeze, rotor blades ice up) or in the desert areas south of the Mediterranean

(overheating of gearboxes, erosion of rotor blades by sand and dust, 10-20 times higher
maintenance requirements and greatly reduced life expectancy of wind turbines due to premature

wear). As a result, a band of wind turbines stretches in a certain "belt" around the entire globe of the
northern hemisphere. What also cannot be ignored is that, according to a recent study by the DLR
(German Aerospace Center), between 5 and 6 billion insects of various species die on wind turbine

blades every day and, as a side effect, reduce the effectiveness of the wind turbine by up to 50%!
Thus, the overall efficiency of a wind turbine is reduced from 43-48% to only 21-24%, plus all the

known, scientifically proven side effects! The types of sound (audible as well as inaudible
infrasound waves) that affect the body through wind turbines have a direct impact on health. In a

WDR Doku report from 2021 was proven by Professor Christian-Friedrich Vahl of the University
Hospital Mainz (heart surgery) the direct, negative, influence of infrasound on muscle tissue. After

only 1h of irradiation with infrasound waves, which are not audible at wind turbines, there was a
measurable loss of muscle tissue performance.

Wind turbines are the biggest, irreversible intervention of man in the nature of our planet.
Unfortunately, it can no longer be changed, one would have to bring the wind back to the old

speed level, but unfortunately this is not possible. You would have to reverse the polarity of all
wind turbines and, as fans, try to recreate the wind speeds that once prevailed in the world.
and hope that this will also accelerate the jet stream back to the old level. Yes, the climate

change is man-made, but for a different reason than the politicians try to sell it to us.

It is not the 4 molecules of CO2 more per million molecules in a cubic meter of air, but the wind
turbines that have changed the climate worldwide, especially over the continents, so that the basic

order is out of joint.

1. reduction of the average wind speed over Germany: a) evaluations weather station Osnabrück
"Less and less wind due to more and more wind turbines?" 29.05.2015 press article of the university

at Donnerwetter.de; b) europeanscientist.com mean wind speed reduced by 13%, which corresponds
to a wind energy loss of 35%. c) helmholtz institute drought map 2019 overlaid with installed wind

turbines in germany map results in 98% coverage of drought areas with wind farms and turbines.
2. reducing jet stream speed at the poles: 08/09/2018 Focus article "The Jet Stream Collapse. How

worn-out jet streams (jet-streams) are dangerously heating up the Earth". Data from the Climate are-
analyzer The University of Maine, USA. "... Due to the pressure gradient between these belts,

Rossby waves are created. ..." Evaluation: due to the wind turbines installed on almost the same
latitudes around the earth, the wind and also the pressure in the areas with wind turbines is

decisively reduced and thus not enough force can be exerted on the jet streams at the poles and they
slow down.

3. effects of the reduced jet stream on mid-latitudes with trough formation: Due to the reduced jet
stream velocities at the poles, long-lasting weather periods occur.

5. efficiency of wind turbines: according to the laws of physics, the theoretically possible efficiency
of a free-flowing wind turbine is a maximum of 59.3% (Betz's law). Modern wind turbines achieve

6. reduction of wind speed by wind turbines: N-TV 18.07.2009 "Does a wind turbine weaken the
wind?" Professor Ewald Krämer University of Stuttgart: "It is indeed the case that a wind turbine

reduces the wind speed. The wind becomes weaker behind the wind turbine. The law of
conservation of energy applies; this states that the total energy in a closed system remains constant.

So if you gain energy with the wind power plant, the wind loses it."

8. reduction of pressure on the lee side of wind farms (on the back side): a) europeanscienti.com
"Wind farms worsen the climate": On the lee side we have the so called "Fön". This is caused by the

pressure difference between before and after the obstacle (Fön/Alps known, wind turbine same
effect) Already at the beginning of this century S.Baidya Roy (Indian institute of technology) and

9. the DLR Institute of Technical Thermodynamics has actually determined in model calculations
that 5-6 billion insects per day perish at all German wind farms during the warm season (200 days 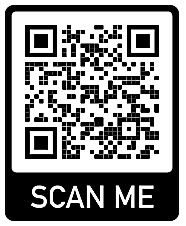 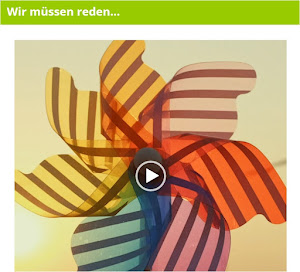 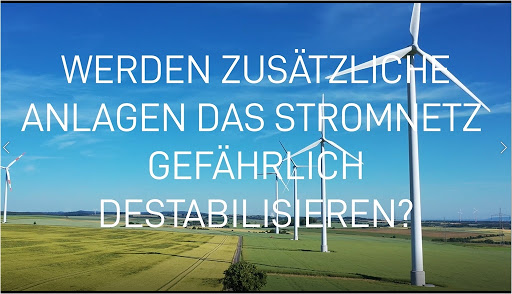